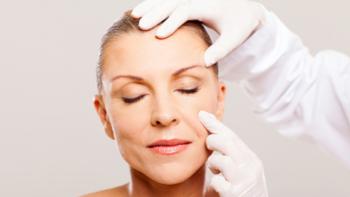 They are surgical treatment methods applied for eyelid bags, eyelid drooping, eyelid ptosis, nasolachrymal sac obstruction, and eye and eyelid tumours.
All of the surgical procedures related to the treatment of a group of diseases widely and commonly seen in ophthalmology gather under this title.

It forms the mutual field of interest of plastic and skin surgeons and eye surgeons.

Eyelids undergo some changes as a result of aging. These are under eye bags, excess skin and drooping in the upper lids and crow’s feet. For these orbital changes, an aesthetic eyelid surgery called “blepharoplasty”.

The upper eye lid drooping is called “ptosis”. Eyelid drooping may be seen in all ages. Its treatment is through operations.

The condition in which eyelids turn inwards is called "entropion". Entropion is generally seen in the lower eye lid. It may be also encountered in the upper eyelid very rarely. While entropion is mostly caused by eyelid relaxations due to aging, it may be resulted from scars or may be congenital. Its treatment is through operations.

They are the pores in the roots of eyelashes and ends of sebaceous glands in eyelids. As a result of obstruction of these pores due to reasons such as fattening, make-ups, and infections, swelling and inflammation occur in the sebaceous gland in the posterior. Its turning into a cyst over time is called chalazion. In the first stage drops with antibiotics are used to prevent infections. Warm medical dressings are applied. Warm medical dressings may ensure that inflammatory tissues be organised and pores in the roots of eyelashes be expanded and drain. However they it is not treated sufficiently and in time, the body produces cysts around the inflammatory tissues over time. It may be required that this be surgically evacuated and the cyst be removed.

Xanthelasma is generally a plaque of fat-cholesterol seen in women. It is seen in inner sides of upper and lower eyelids. In xanthelasma seen at young ages, existence of high cholesterol should be questioned. Its treatment is through operations. In such eyelid surgeries, no surgical scar is left as the skin is thin and builds up much blood.

Masses emerging in eyelids may be malignant or non-malignant. Treatment of such masses is mostly through operations. Any masses taken should be sent for pathological examination.


The content of our website has been created in order to inform the guests. The information provided within the website, can not replace any doctors treatment and consultation. Based on these resources, starting the medication treatment or change of the current treatment are abolutely not recommended. The content of our website, should never be considered for personal diagnosis or any treatment methods. There is no intention regarding the advertisements that are against the law in our website. © 2010 - 2021, All rights are reserved. Privacy Policy. This website is created by CEOTECH . For further information: click.